Author of "The Chronicle of the King Tvrtko" comes to Vareš

In a crowded hall at the House of Culture in Vareš, on September 12, 2019, the promotion of the novel "The Chronicle of the King Tvrtko" was held by author Mr. Jasmin Imamovic.

Thanks to the director of the Eastern Mining company, Mr. Miloš Miša Bošnjakovic, cultural events of Tuzla are regularly being brought to Vares. Since his arrival to live, work and invest in the municipality of Vares, Mr. Bošnjakovic is very active in supporting the cultural and sporting life of the town. Proudly, Mr. Bosnjakovic emphasizes his strong ties with his native Tuzla, and several months ago announced the promotion of the novel "The Chronicle of King Tvrtko" by writer and mayor of Tuzla and Varese's son-in-law, Jasmin Imamovic.

During the promotion, prominent poet, literary critic and journalist Mile Stojic spoke about the author's life and work. "As a writer, Jasmin Imamovic has published six novels: " Killing Death“, " The Immortal Deer“, " Momentum Fans“, " Please Write“, "Salt Land " and " The Chronicle of King Tvrtko. " His novels, stories and essays have been translated into several foreign languages: Spanish, Hungarian, Hebrew, Kurdish, Polish, Slovenian, Italian, French, English, German, etc. During his tenure as mayor, he published papers and books in the field of law in professional and scientific journals, such as "Legal Thought", "ZIPS" and "Geodetic Gazette", Sarajevo and "Legal Life", Belgrade. By 1992, he has also published three books on the establishment and recording of real property rights, co-authored with Begic (two books) and Begic and Lukic (one book).” Stojic said in his presentation.

After the introductory presentation, Imamovic addressed the audience and pointed out several important facts about the novel itself. "I was guided by the facts and records that I found and was able to write a lot of interesting things about King Tvrtko himself in this novel-chronicle. Interestingly, no one has dealt with his life so far and I am the first to do so. I return to the distant past that marked his reign, which is related to Bobovac here in Vareš. He is the only ruler to defeat the Hungarians, and during his reign, there was the largest meteor shower ever recorded in 1366. It can be concluded that this meteor shower, or as they were called ‘falling stars’, enabled the Tvrtko to regain power. All this information is related to Vareš, Bobovac and Kraljeva Sutjeska. Bosnia and Herzegovina, at that time was just Bosnia, and is the root of the emergence of the state we have today. This can be connected to several periods before our era, in the time of King Tvrtko and now in our present time.” said the author.

The Chronicle of King Tvrtko is the story of the first and greatest Bosnian king and medieval Bosnia of the late 14th century, who thematically embraces medieval Bosnian history, an under-explored and more recently mythologized discourse during the reign of Bosnian King Tvrtko Kotromanic.

It is important to emphasize that the Mayor of Tuzla is closely connected with Vareš, and this connection is strengthened by the arrival of Mr. Bošnjakovic and his dedicated work in the Vareš area, in which he aims to promote the cultural aspects of the area. He has proven this through various manifestations and assistance to various associations in the Vares area. It is important to emphasize that last night's promotion in addition to Mr. Bosnjakovic as the initiator of this cultural event was largely supported by the employees of Eastern Mining, as well as their associates and subcontractors who came even from Konjic, Sarajevo, Vogosca, Breza, Visoko, and Zenica.

Following the promotion, there was a large crowd of guests present at the bookstore where the novel was on offer.  They were promised that this was the first promotion and by no means the last, as Mr. Imamovic has written five more novels in addition to this. 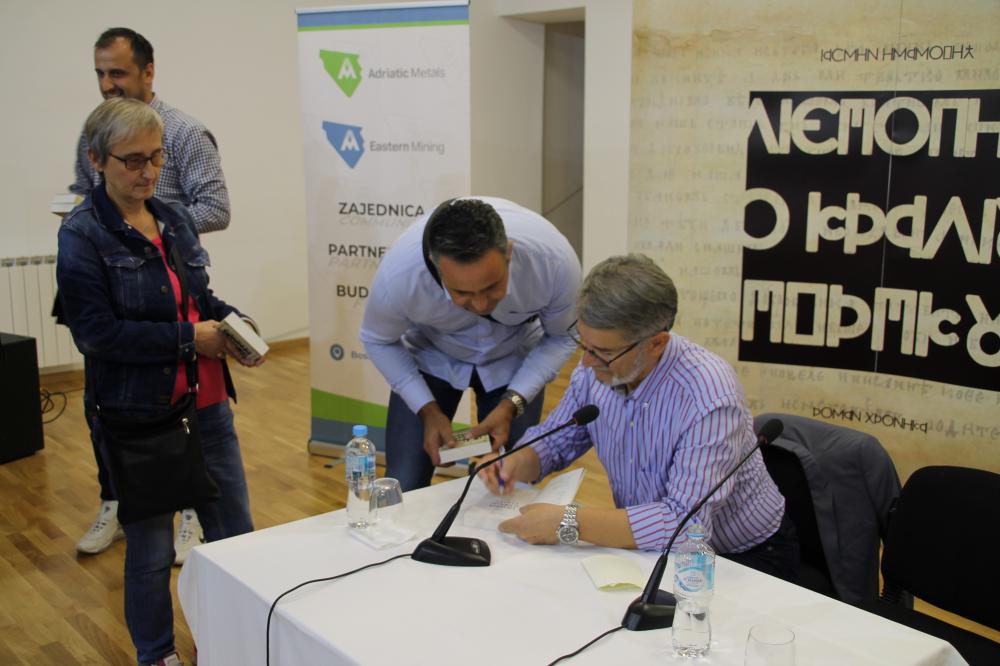 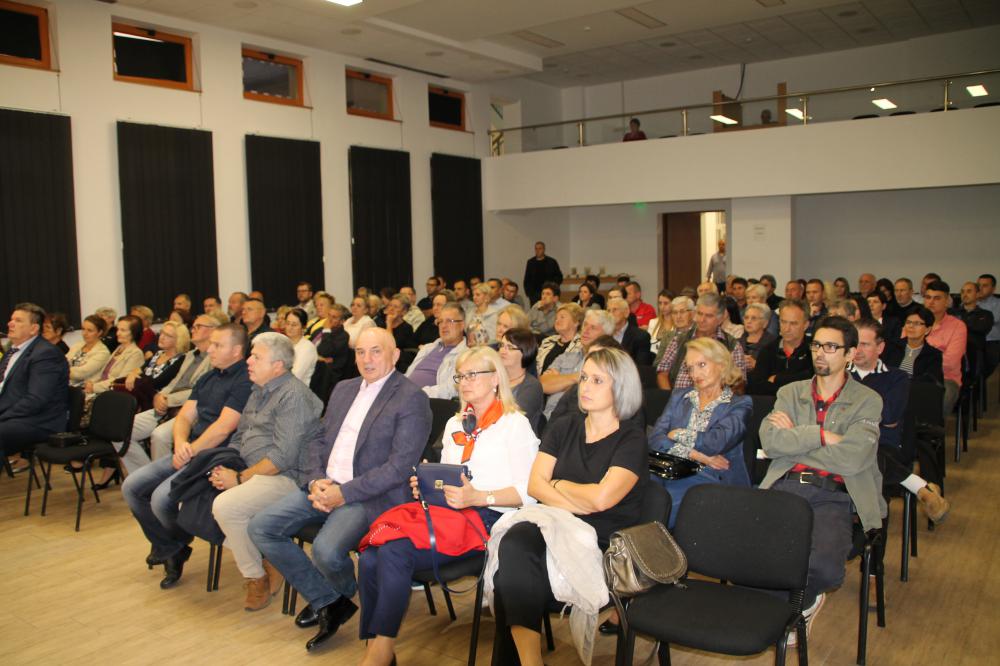 Staff and family from Eastern Mining join the Vares Community in a clean-up operation. 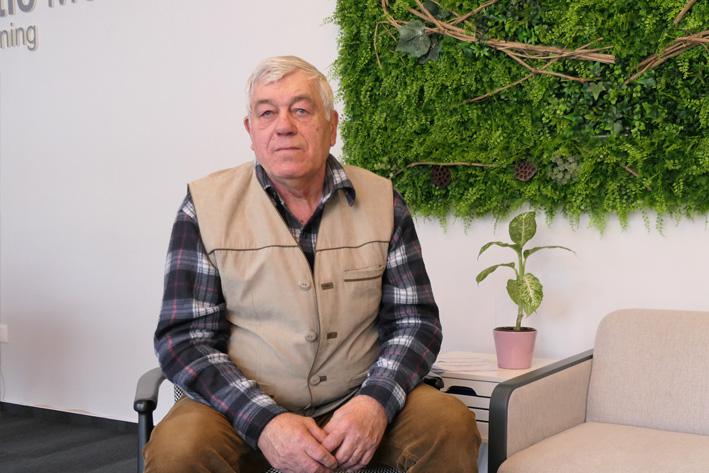 As part of our Living History project we interviewed Advo Muftic 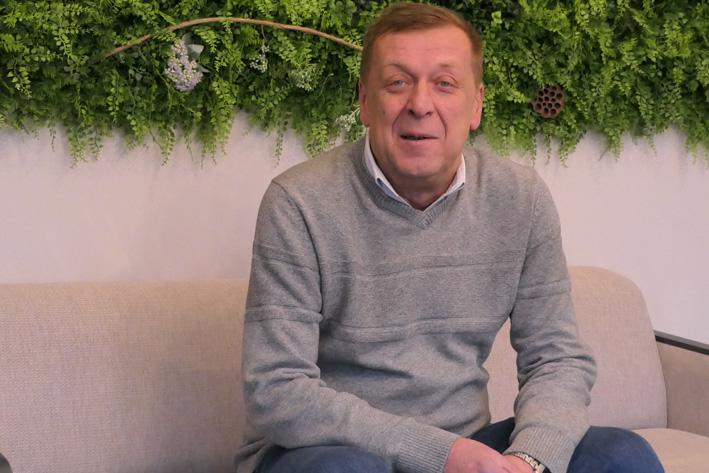 We talked to Mladen Gavran who worked at Energoinvest's mine in the 1980s. 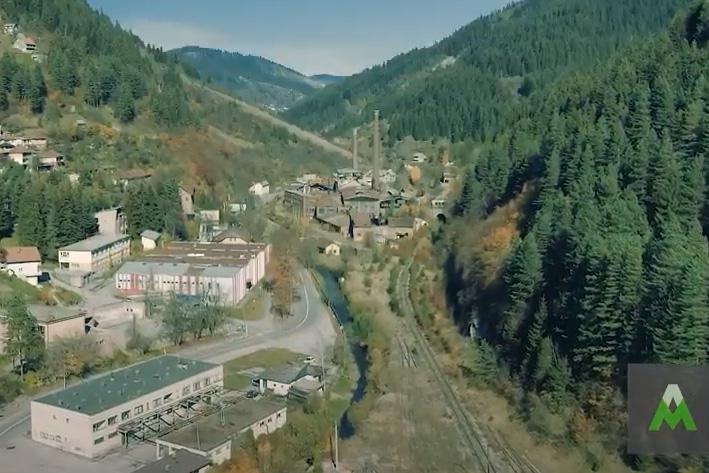 We have made a short video about The Vares Project, talking to some of the local community and our staff about the work we are doing. 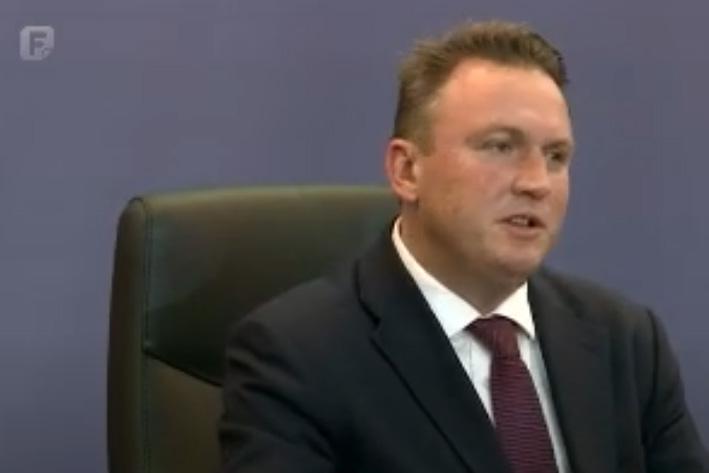 News Coverage on FTV about the Veovaca Exploitation Permit

The Federal Minister of Energy, Mining and Industry, Nermin Džindić presented the representatives of Eastern Mining with the permit for the exploitation of mineral raw materials - lead, zinc and barite for the Veovača site. Credit to Federal Television for this news clip. 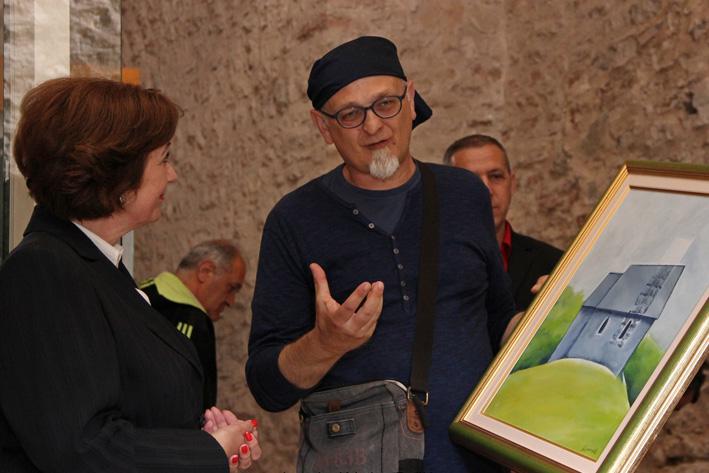 I would like to thank you for your time and for speaking for the fourth edition of our Eastern Mining newsletter about your experience and employment, which is part of the "Living history project". First of all, could you tell us a little more about yourself? 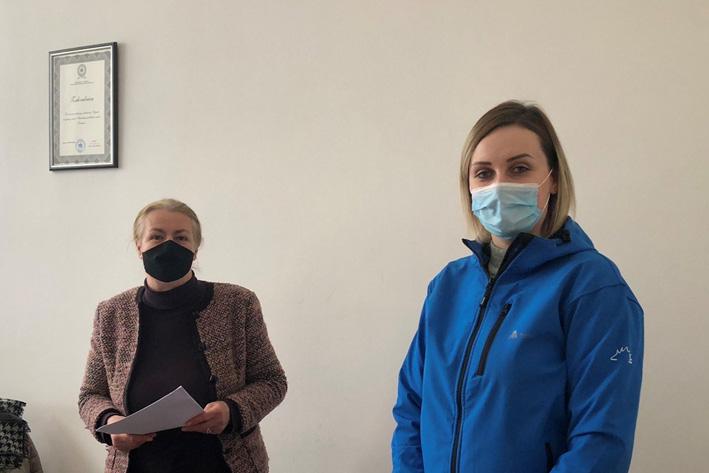 Donations to the community

We have decided to start 2021 with a gift to the community. 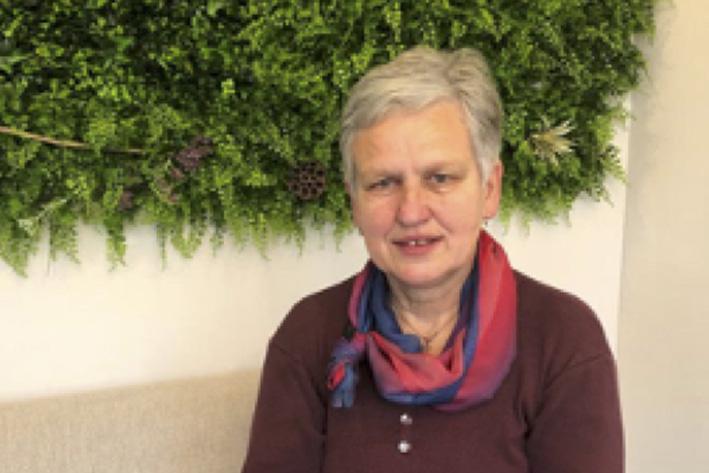 We talked to Gordana Lukic who was born in Donja Borovica and has lived and worked around Vares for most of her life. 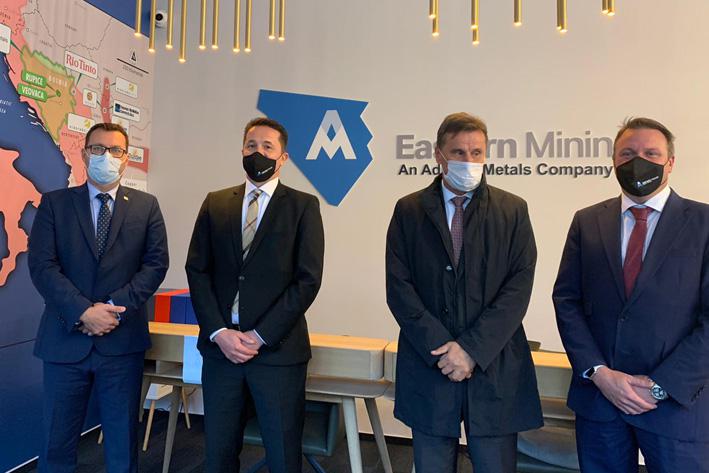 The Prime Minister of the Federation of BiH visits Eastern Mining

The Prime Minister of the Government of the Federation of BiH, Fadil Novalić, and the Minister of Energy, Mining and Industry of the FBiH, Nermin Džindić, visited Eastern Mining this week. 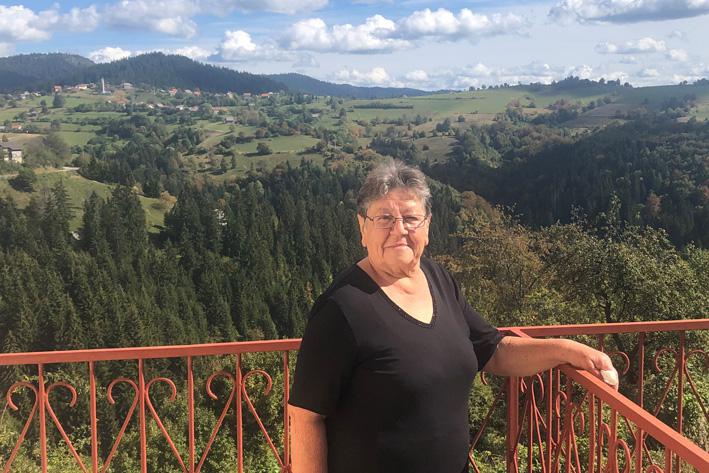 As part of our Living History project, we are interviewing local personalities who previously worked in the mining industry in Vares. 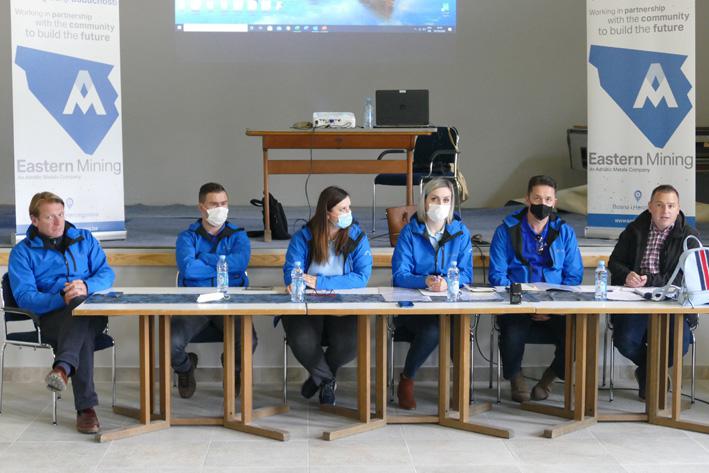 The Eastern Mining Public Liaison Committee met on October 1, 2020, for their third meeting. 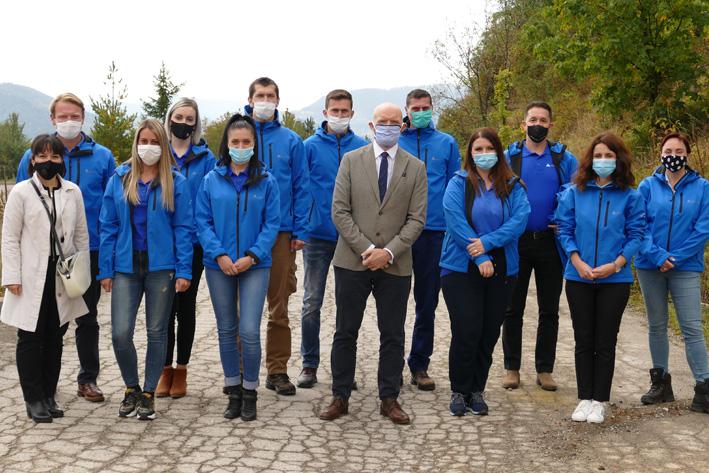 This week at Adriatic's Eastern Mining headquarters at Tisovci, Vareš we had an informal visit by the British Ambassador Matthew Field accompanied by Alma Kadunić, Director of Department for International Trade BiH.